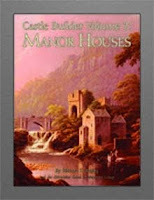 Skirmisher Publishing LLC is proud to announce the release of “Castle Builder Volume 2: Manor Houses”! This is the second installment in a 10-part series designed to help Game Masters and players plan their ideal fortifications in a step-by-step format from the ground up. It reveals how being lightly fortified does not mean a building is unsuitable for use as a defensive structure. It is available through a number of online sales venues, including DriveThruRPG and is supported on both the Skirmisher website and d-Infinity Online.

This volume’s contents include:

* An introduction to manor houses, why people build them, and how they are perceived;

* Various uses for such structures;

* How to consider the most suitable uses of manor houses in your game;

* Two sample structures, a large inn and an aristocratic home, that illustrate two of the most common uses of this class of structure: commerce and power.

* Five floorplans, two for the Hart & Vine inn and three for the Ellingsworth Estate.

Although this book has no specific setting, it is designed to accommodate any technological era that one is likely to encounter in a fantasy campaign setting, from the Stone Age to the Renaissance. It is also fully bookmarked and hotlinked and designed to be printer-friendly and easy-to-use. We very much hope you will enjoy it!
Posted by Michael O. Varhola at 12:08 AM No comments: 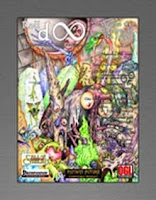 Zombies, Bigfoot, and all sorts of other “Children of the Night” can be found in the just-released d-Infinity Volume #3, the latest edition of Skirmisher Publishing LLC’s popular multi-platform game supplement! This PDF publication is available through a number of online sales venues, including DriveThruRPG. Contents of d-Infinity Volume #3: Children of the Night (82 pages, $7.99, SKP E 1201) include:

d∞ (“d-Infinity”) is a multi-platform gaming supplement that covers a wide variety of rules systems and includes content that can be universally applied to many different sorts of table-top, live-action, and role-playing games. It includes both material that can be applied to all or many sorts of games and items that are self-standing and which can be played on their own.

“We believe that the most enjoyable gaming periodicals are not just devoted to single games or even the products of a single company, but also include content that makes a reader interested in other games, material that can be applied to all or many sorts of games, and items that are self-standing and which can be played on their own,” said d-Infinity editor-in-chief Michael O. Varhola. “For that reason, this publication includes many voices and exclusive material compatible with many rules systems and the products of many different companies.”
Posted by Michael O. Varhola at 1:04 PM No comments:

Latest News from DarkThreads: What to expect in 2012 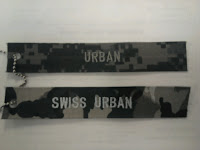 What are your hopes and aspirations for 2012?
Posted by Mirvana at 10:20 AM No comments: